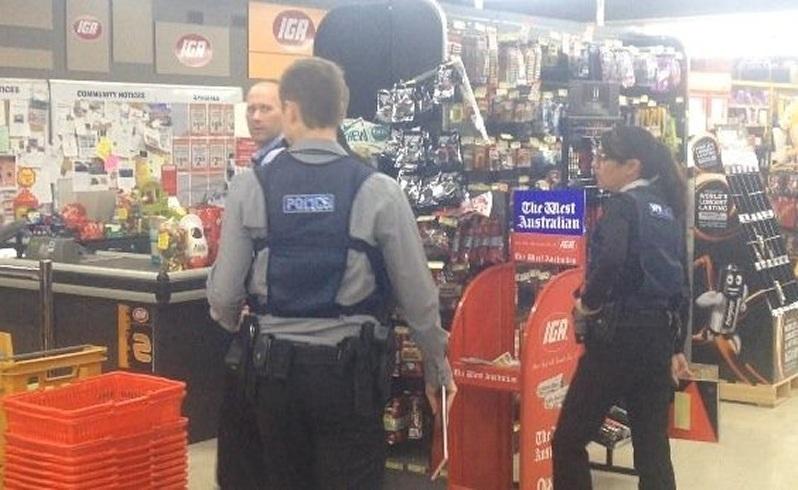 The manager of an IGA store has spoken of his anger after police charged him wounding and possessing a weapon after defending his store from a gang of shoplifters – and then today dropped the charges two weeks before trial.

Tung Tran, 32, faced the serious criminal accusations after the incident at his store last April which was caught on CCTV.

The confronting footage showed the gang of alleged shoplifters brawling with Mr Tran and other staff after they were challenged over the alleged thefts from the supermarket on Albany Highway.

At the time, IGA worker Nguyen Le said he was attacked as he asked the group of up to 15 people to leave the store, and showed off injuries including a split lip.

But it was Mr Tran that police charged over the incident, with the case slowly making its way through the courts until today.

The trial, which had been scheduled for four days, was due to start on April 18 – but in Perth Magistrates Court today, prosecutors said the charges were being dropped, without giving a reason.

Outside court Mr Tran said he was happy at the eventual outcome, but angry that he had been charged in the first place, and that after nearly a year the case had been dropped.

He estimated the total cost of the case to him – including legal fees, lost income, time preparing his defence and inconvenience – would total $60,000.

And his lawyer Shash Nigam said the prosecution was “ill conceived” from the start.

In another blow, Mr Tran’s lawyers received $8000 costs, for legal work they estimated cost more than $18,000.