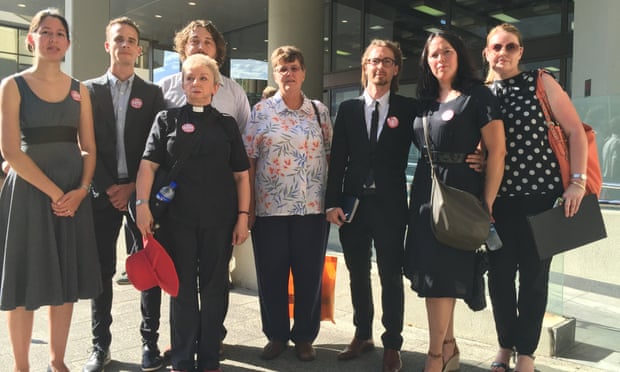 Christian activists protesting at the detention of asylum-seeker children stripped to their underwear on the steps of the Perth magistrates court and declared their intention to march on Julie Bishop’s office, less than an hour after receiving spent convictions for another protest action at Bishop’s electorate office in December.

Eight people from Love Makes A Way, a group set up to lobby for the release of asylum seekers in detention, pleaded guilty to trespassing in the foreign minister’s Subiaco electorate office on 10 December.

They were arrested after an eight-hour peaceful sit-in protest against the detention of children on Nauru.

Read On The Guardian for More Details
Tags: civil disputes, criminal law
Previous Post 'The biggest mistake in my life': Caught in the Cannabis Dragnet for Mr Bigs
Next Post Cannabis mum spared jail for growing cannabis for son and can keep home